The Power on Your Plate 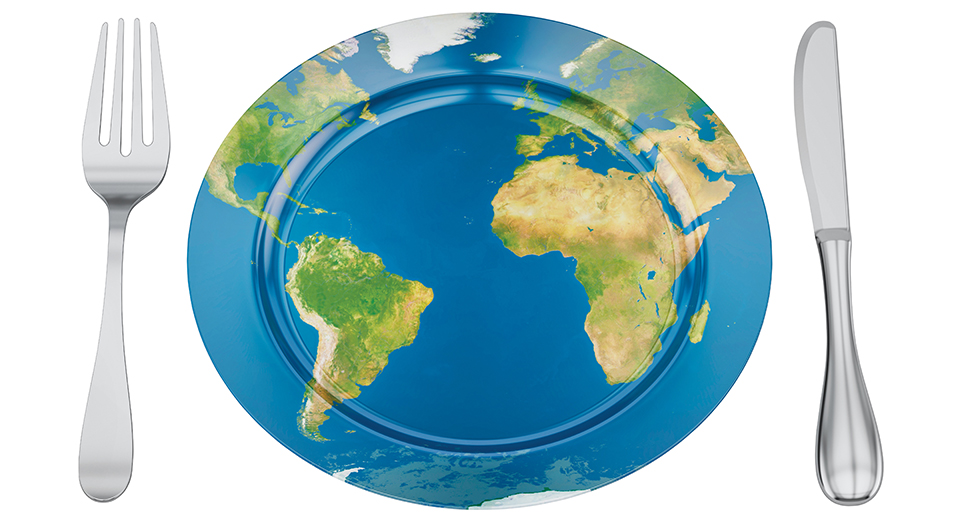 We all need protein but animals aren’t the most efficient way to get it.

In fact, producing just one pound of meat means feeding an animal up to 15 pounds of grains and other crops. This involves growing massive amounts of feed, which often destroys forests to make room for farmland, and using huge quantities of water to grow the crops we give to tens of billions of farm animals each year.

Yet even the most efficient sources of meat convert only around 11 percent of gross feed energy into human food. In the best cases, nearly 90 percent of what we put into turning animals into meat is wasted.

This inefficient system taxes our planet’s finite resources in incredible ways. The livestock sector is now a leading greenhouse gas emitter, estimated to account for more direct emissions than the entire global transport sector, according to the United Nations Food and Agriculture Organization. Our animal-heavy diet is also a major contributor to water degradation—impacting fish populations and polluting our waterways.

The good news is more Americans are turning to plant-based foods, and it’s not just because it is healthier and better for the planet. It’s also because these foods taste great. For example, I’ve always loved ice cream. But not until I adopted a plant-based diet did I know the joys of eating ice cream made from coconut milk. I was floored the first time I tried buffalo wings made from cauliflower, and the first time I sprinkled nutritional yeast—little yellow flakes with a Parmesan-like flavor—on popcorn, fireworks of flavor went off in my mouth.

Incorporating more plant-based foods into our everyday diet can help expand our culinary repertoire and introduce us to all kinds of new tastes, flavors and textures—in addition to lessening our environmental footprint, being healthier for us and avoiding animal abuse.

And eating for a better world doesn’t have to be an all-or-nothing endeavor. You can still make a difference by doing what tastes good and is attainable in your daily life. It’s true that locally grown, minimally processed, plant-based foods like organic produce and lentils have the least eco-impact of any food. But while frozen plant-based nuggets are not as environmentally friendly as lentils, they’re a far better choice than chicken nuggets. A prepackaged black bean burger is not a zero-footprint product by any means, but it’s much lighter on the planet and our bodies than a hamburger. Yes, almond milk requires land and water and other resources to produce, but compared to cow’s milk? No contest.

Explore the rich array of colorful produce and interesting, delicious plant-based offerings now available at every turn with a “flexitarian” approach like Meatless Mondays, doing VB6 (vegan before 6 p.m.) or simply making meat a side dish instead of the main event.

On this planet-in-peril, the more we each recognize that solutions can be found in our food, the better off we’ll all be. The power is on our plates. Let’s use it.

As a professional food advocate, Matthew Prescott works with the food industry, consumers and other advocates to share the myriad benefits of eating more plants and less meat.

© 2018 Excerpted and adapted with permission from the book Food is the Solution: What to Eat to Save the World.

Serving up the facts

70% The amount of Earth’s agricultural land used for livestock production.

30% The amount of all Earth’s land mass used for livestock.

Three Football Fields The amount of land needed per person each year to sustain the animal-based portion of a standard American diet.

The art of coexisting with predators and other wildlife

Only California tops Texas in biodiversity

Finding a way for Salmon and Orcas