When horseshoe crabs come ashore to spawn each spring at Cape Romain National Wildlife Refuge in South Carolina, thousands of shorebirds anticipate their arrival to feast on their eggs. Some of these birds—like the federally threatened red knot—need the nutritionally dense eggs to refuel before continuing journeys that began as far away as the tip of South America and will end at breeding grounds in the Arctic.

But shorebirds aren’t the only ones waiting. The U.S. Fish and Wildlife Service (FWS) has allowed commercial fishers to harvest horseshoe crabs on the coastal refuge since at least 2014, ignoring its legal obligation to evaluate risks to the refuge and the species that depend on it. Defenders sued the agency in October.

Commercial harvesters scoop up horseshoe crabs by the thousands at Cape Romain and take them to a laboratory where about a third of the creatures’ unique blue blood is drained and used to test medical products for bacterial contamination. The process began about 40 years ago when researchers discovered horseshoe crabs have a highly sensitive immune response. The crabs are later released, but an estimated 30% die after the live bleeding. Others are too disoriented and lethargic to produce a normal volume of eggs, further reducing the food source for birds.

Although a synthetic alternative to the crabs’ blood is available and equally effective, according to multiple studies cited by the U.S. National Library of Medicine and the National Institutes of Health, Charles River Laboratories, which receives horseshoe crabs from the refuge, has opposed it. The federal agencies also call horseshoe crab harvesting an ecologically unsustainable practice.

“FWS has breached its legal obligation under the National Wildlife Refuge System Improvement Act to protect species that need this refuge,” says Lindsay Dubin, a Defenders attorney. Defenders also charges that FWS is violating the Endangered Species Act and the Migratory Bird Treaty Act by allowing the removal of a critical food source for red knots. Harvesting also disturbs nesting habitat, which kills chicks and destroys eggs. “FWS is subverting its mission by skipping the critical work needed to assess the harvest’s effects on shorebirds and on the ecological balance of the refuge,” Dubin adds. “The agency must suspend the harvest until it evaluates how it can proceed without putting the refuge at risk. There are plenty of other places in the state where harvesting is legal.”

Each horseshoe crab can release thousands of eggs, an important food source for migratory birds. But these crabs are being unsustainably harvested for the medical industry. 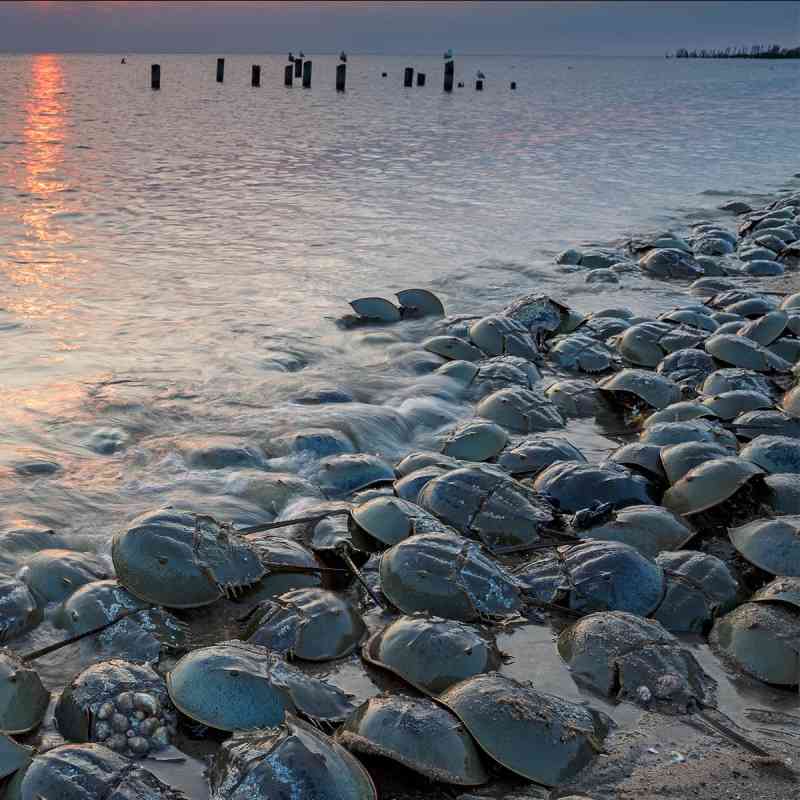