Defenders of Wildlife’s Board of Directors is made up of professionals from all walks of life—academic, scientific, legal, financial and business—who share a common love for our nation's wildlife and natural heritage. Their combined experience and dedication play an extremely important role in charting the future of Defenders and the wildlife conservation movement.

WHITFIELD BAILEY is an executive at Volunteer Lumber Sales, Inc., a company that distributes fire-retardant shingles, crating lumber, cedar shakes and other wood products. Bailey is on the boards of the Knoxville Opera, the Community School of the Arts, the Knox Youth Sport organization and the AHB Foundation. He and his wife are passionate about protecting wildlife for their children and future generations to enjoy and believe in the intrinsic value of protecting species for species’ sake.

DONALD BARRY has spent more than 40 years working on wildlife and public lands conservation issues as a senior government official and a leader in the conservation community. He served as a career staff attorney and chief counsel for the U.S. Fish and Wildlife Service (FWS) and as the assistant secretary for fish and wildlife and parks, overseeing the policies and programs of the National Park Service and FWS. He then worked at nonprofit conservation organizations, holding executive leadership positions at the World Wildlife Fund, The Wilderness Society, Environmental Defense Fund and Defenders of Wildlife, where he was senior vice president for conservation programs until his retirement in 2016.

DINAH BEAR is an attorney and consultant specializing in federal environmental law and Southwest border issues. She spent 25 years at the Council on Environmental Quality, including 23 as general counsel. She has chaired committees on environmental law for the American Bar Association and the District of Columbia Bar Association. She is on the board of Humane Borders and on the advisory committee of the Center for International Environmental Law. She received a bachelor’s degree in journalism from the University of Missouri and graduated from the University of the Pacific’s McGeorge School of Law.

KIM O’KEEFE BECK is a scientist and philanthropist, combining a background in wildlife science with a range of nonprofit experience. She conducted field research on the influence of climate on mammalian populations in Yellowstone National Park and on speciation of birds in Africa. She has shared her love of the natural world with students of every age from elementary school through graduate school. Dr. Beck holds a Ph.D. in ecology and evolution from Stanford University, an M.A. in biology from San Francisco State University and a B.A. in biology from the University of California, Santa Barbara.

MARK CAYLOR (Treasurer) is president of the Enterprise Shared Services division of Northrup Grumman. Caylor has long had a passion for nature and ecology, with particular interest in conserving open space and preserving habitat in the U.S. Caylor has an M.B.A. from University of California, Los Angeles and engineering degrees from California Institute of Technology and Massachusetts Institute of Technology.

GABRIELA CHAVARRIA is vice president and chief curator of the Science Division at the Denver Museum of Nature & Science. Prior to joining the museum, she was senior science advisor to the Director and forensic science branch chief at the U.S. Fish and Wildlife Service Forensics Laboratory in Ashland, Oregon. She spent many years bringing science and advocacy expertise to positions at Defenders of Wildlife, National Fish and Wildlife Foundation, National Wildlife Federation, and Natural Resource Defense Council. Dr. Chavarria is a science advisor to Defenders of Wildlife. She earned her bachelor’s degree in biology from the National University of Mexico and her master’s and doctorate in organismic and evolutionary biology from Harvard University.

JAMIE RAPPAPORT CLARK is president and CEO of Defenders of Wildlife. Prior to Defenders, she spent almost 20 years in the federal government, mostly with the U.S. Fish and Wildlife Service, for which she served as chief of the division of endangered species, southwest deputy assistant regional director, senior staff biologist and eventually director of the agency from 1997 to 2001. Clark holds an M.S. in wildlife ecology from the University of Maryland and a B.S. in wildlife biology from Towson University.

JOHN DAYTON (Chair) originally hails from Minneapolis, Minnesota. A graduate of the University of Minnesota and Texas Tech School of Law, he practiced real estate law for almost ten years at Thompson & Knight in Dallas before venturing into the field of hospitality, opening and operating several five-star restaurants in both Dallas and Minneapolis. He has long served on a variety of nonprofit boards, including The Taft School (Watertown, CT), the Dallas Opera, the Dallas Museum of Art, the Minnesota Orchestra and Bravo! Vail.

CAROLINE D. GABEL (Secretary) is a past chair of Defenders’ board of directors. She is president and CEO of The Shared Earth Foundation, which supports endangered species, habitat protection and biodiversity. She spent 30 years on the staffs of members of Congress from Minnesota and on the House Committee on Transportation. A licensed pilot and avid traveler, Gabel completed her undergraduate studies at Wellesley College and received an M.A. in international relations from the University of Pennsylvania.

KEITH M. HARPER is an attorney known for his work on behalf of Native Americans. A citizen of the Cherokee Nation, Harper is chair of Jenner & Block’s Native American law practice. In 2014, he became the first Native American named to a U.S. ambassadorship, serving as the U.S. Permanent Representative to the United Nations Human Rights Council in Geneva until 2017. He received a B.A. in sociology and psychology from University of California, Berkeley and a J.D. from New York University.

JUDITH POSNIKOFF is founder and managing director of Martlet Asset Management, LLC, an investment firm focused on liquid alternative strategies in the hedge fund space. She is a graduate of the University of California, Riverside with a Ph.D. in financial economics. A native Californian, she first became aware of Defenders as a child through its efforts to stop mountain lion hunting in California.

TERRY L. ROOT is senior fellow emerita of the Stanford Woods Institute for the Environment. She primarily researches how wild animals and plants are changing because of climate change, with a focus on the escalating concerns of a mass extinction of species due to warming. Dr. Root was a lead author for the Third (2001) and Fourth (2007) Assessment Reports of the Intergovernmental Panel for Climate Change (IPCC) and a review editor for the Fifth (2014) Assessment Report. In 2007, the IPCC was co-awarded the Nobel Peace Prize with Vice President Al Gore. Dr. Root is a science advisor to Defenders of Wildlife, American Wind and Wildlife Institute, Alliance for Climate Education, Birds Caribbean, to name a few.

SHERYL SACHS (Vice Chair) is vice president of The Grey Street Foundation and president of Blackfriars Aviation. She serves on the executive board of AJC Westchester/Fairfield region. A Chicago native, Sachs is a certified public accountant with a B.S. in chemistry and an M.S. in accountancy, both from the University of Illinois Urbana-Champaign. 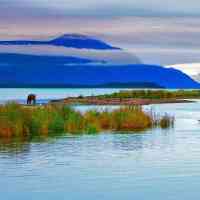 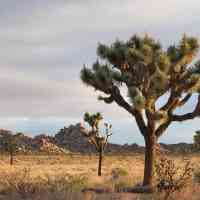 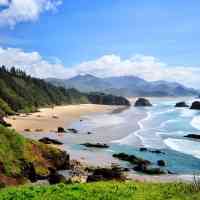 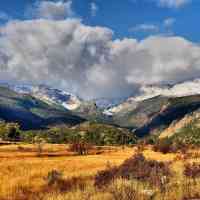 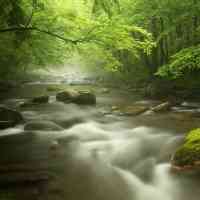 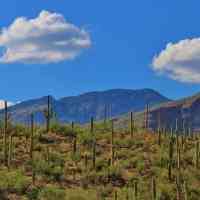 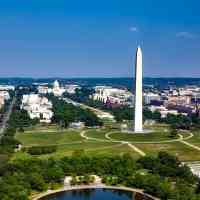