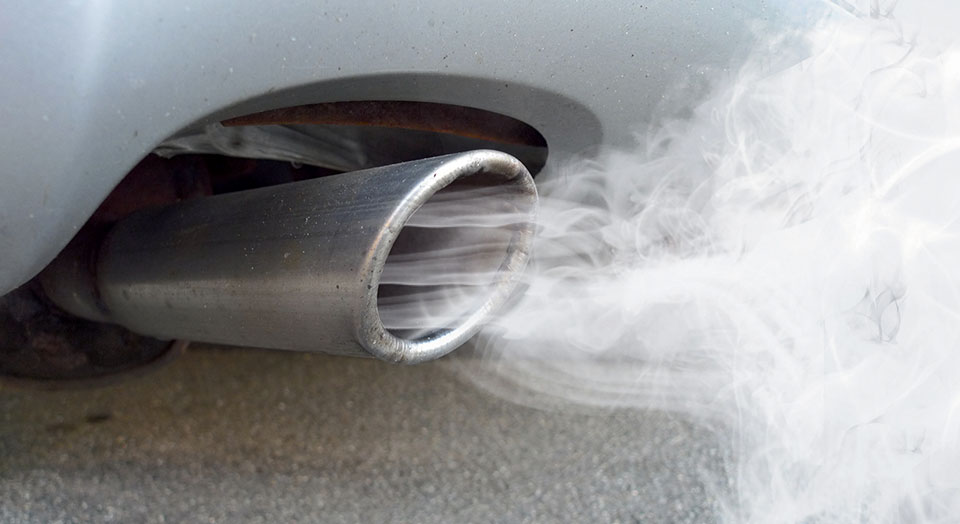 An engine left running, tailpipe spewing exhaust, right at snout-level is the last thing a sensitive-nosed dog like Cyrano, or any other, wants to sniff. Cyrano is the bloodhound starring in the kid's book "Big Nose Big City" and it gets straight to the point, from a dog's point of view: Cars left idling is harmful. Period.

A few years back, George Pakenham, author of the book, spotted a passenger-less stretch limo outside a Manhattan restaurant with its engine running, and decided he'd had enough. Approaching the driver politely, he asked him to turn off the engine while the driver waited. It was around the same time that his brother, who wasn’t a smoker, had been diagnosed with stage IV lung cancer. “Something clicked in me and I just got fed up with toxic and pointless pollution,” says Pakenham, who also produced the documentary “Idle Threat: Man on Emission.”

Every year, idling U.S. drivers waste 6 billion gallons of gasoline and $20 billion. Not only is that a lot of destructive drilling and transporting of oil for nothing (at the risk of oil spills), but the fumes harm human health, wildlife and the environment.

After conducting a five-year statistical study in the Big Apple in 2005, Pakenham found it’s not big trucks and buses that cause the most pollution. It’s mom and pop drivers like you and me. This means we can all do something about it. (Of 2,946 idling encounters in his study, 43 percent were sedans, 22 percent were trucks and buses, 19 percent were vans and 16 percent were limos.)

Vehicles left idling spew climate-changing carbon dioxide, smog-causing nitrogen oxide and cancer-causing volatile organic compounds and particulates. Diesel engines emit more than 40 hazardous air pollutants. Other health issues linked to vehicle emissions include asthma, heart disease and heart attacks. A 2013 Massachusetts Institute of Technology study (MIT) found the greatest number of emissions-related premature deaths came from road transportation, with 53,000 early deaths a year attributed to exhaust from car and truck tailpipes. “It was surprising to me just how significant road transportation was,” says Steven Barrett, an assistant professor of aeronautics and astronautics at MIT. Barrett says that a person who dies from an air pollution-related cause typically dies about a decade earlier than he or she otherwise might have.

But it doesn’t stop there. Pollutants that dissolve into cloud droplets result in acid rain, which is toxic to lake, stream and forest ecosystems. Acidification of fresh water wreaks havoc on fish populations. Ice melt associated with global warming contributes to sea-level rise, and habitats are changing faster than wildlife can adapt.

Many cities have anti-idle laws on the books, but they are not well enforced and, where they do exist, often apply only to commercial vehicles.Studies have shown that idling for more than 10 seconds burns more fuel than restarting the ignition. Changes in technology also have eliminated the need to warm up engines before driving off when temperatures are freezing. According to the U.S. Environmental Protection Agency and the U.S. Department of Energy, the auto industry’s move from carburetor to electronic fuel injection made this unnecessary. An engine will now warm up faster when it is being driven. And thanks to other advances in vehicle construction, cars are better equipped to endure frequent stopping and starting with little battery wear.

Turning off the engine—as that stretch limo driver did—when we’re stopped to text, do paperwork or wait to pick someone up is an easy way to help the planet and all its inhabitants.

Numbers continue to drop, but solutions are out there
Image
Image Credit
NOAA