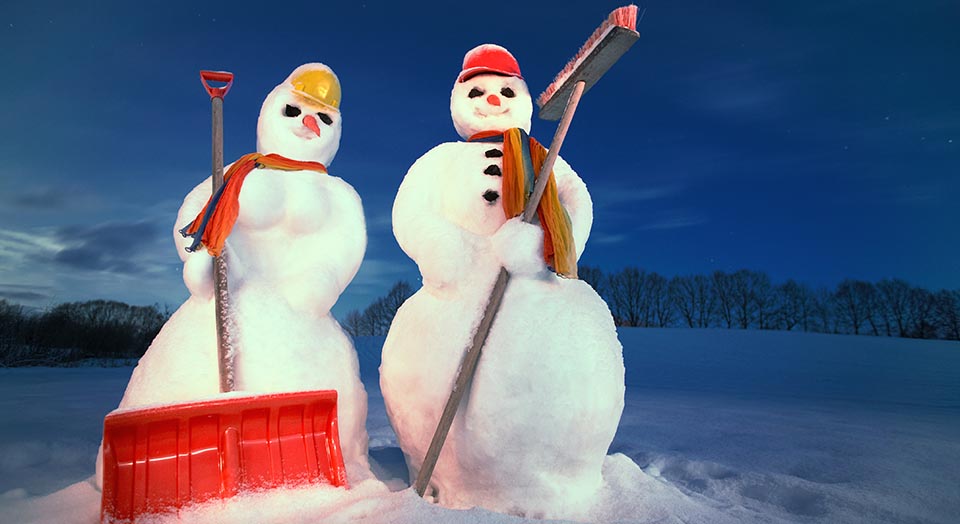 Elizabeth Allen didn’t give much thought to tossing handfuls of rock salt on her sidewalk every time a snowstorm blew through her Connecticut town—until she adopted her dog. “I realized the salt really irritated Bridget’s paws and it made me wonder what else it could be doing to the environment,” says Allen.

Turns out road salt—sodium chloride, which is better known as table salt—isn’t as innocuous as it sounds.

When snow and ice melt, the water and salt run off into streams, home to insects, fish, mussels, salamanders and other amphibians that evolved in freshwater habitats.

Chloride concentrations increased in 84 percent of the urban streams from the 1960s through 2011, which could be negatively affecting a significant number of species, according to a 2014 U.S. Geological Survey study.

To keep your sidewalk and your local ecosystem safe:

Other studies have shown that sensitive species like caddisflies, stoneflies and mayflies disappear first in streams with rising salt levels.

These insects are important food sources for dragonflies, fish, birds and other animals, and the health of their populations is often an indicator of water quality. When they disappear, amphibians and fish can follow.

Salt is a micronutrient—crucial for development but needed only in very tiny amounts. (It’s the reason butterflies “puddle” in muddy, mineral-rich soil.)

To ensure car exhaust pollution wasn’t skewing the results of the study, the researchers fed a prepared diet to cabbage white butterflies in their lab with similar results.

With cities and states spreading tons of salt on highways and city streets every year to keep drivers safe, there is no easy solution. Many municipalities have switched or are switching to sand—which can cause its own problems with sedimentation in certain localities. Or they are using less salt by combining it with other ingredients—even brewery sludge, a sticky substance that keeps the rock salt from bouncing all over so they can use less of it.

But individuals and shop owners can go a long way to help by removing snow the old-fashioned way: with a shovel. As for Allen: “I switched to sprinkling cat litter,” she says.