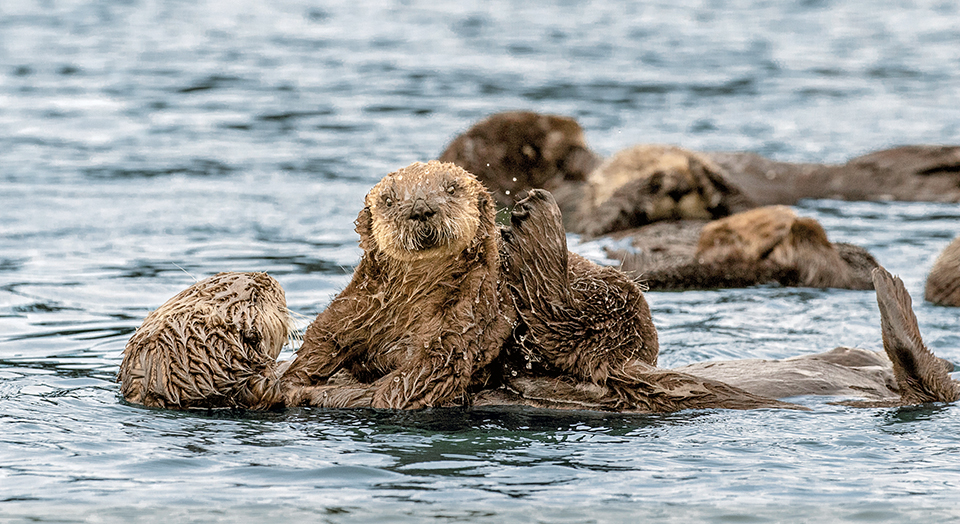 Floating is effortless for a California sea otter. The problem is keeping the population afloat.

California sea otter numbers continue a decline that began in 2016, according to the latest U.S. Geological Survey count.

The three-year average population tally remains above 3,090—following an unusually high population count in 2015—which should trigger consideration for removing federal protections. But so far, the U.S. Fish and Wildlife Service (FWS) is remaining cautious because the marine mammals appear to be having difficulties expanding their range.

The good news is that the Supreme Court in October declined to review a lower court decision that had upheld the termination of the “no-otter zone.” This experimental program—in effect between 1987 and 2012 to protect fishing interests—prevented otters from inhabiting some of their native habitat. In 2012, FWS determined the no-otter zone had failed, a decision fishing groups contested.

Part of the old plan had been to establish a new colony with individuals removed from the no-otter zone, but many relocated otters swam back to their original habitat. Others died after being captured or moved. FWS eventually decided that allowing sea otters to naturally expand offered the species the best shot at recovery.

The high court’s ruling marks the end of years of litigation aimed at forcing the government to reinstate the zoning program even though it would prevent the threatened species from recovering. Earthjustice, on behalf of Defenders of Wildlife, Friends of the Sea Otter and other conservation groups, intervened to help defend FWS’s decision.

“If we want threatened sea otters to make a comeback in California, we need programs that encourage recovery instead of hindering it,” says Delfino. “FWS recognized that the no-otter zone would do more harm than good to sea otters by blocking their access to vital habitat. The court’s decision reaffirms that fact.”