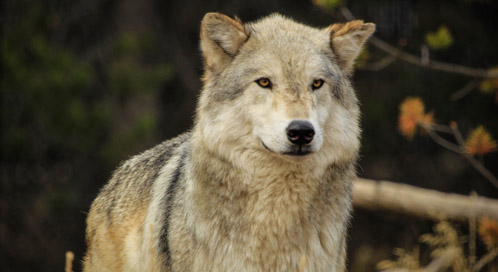 As the U.S. Fish and Wildlife Service considers abandoning gray wolf recovery across most of the lower 48 states—even eliminating Endangered Species Act protections for wolves in areas where they have yet to be restored or barely have a foothold—recent polls released by Defenders show that the public is against the idea. According to a poll in California, Oregon and Washington, voters strongly support restoring wolves to suitable habitat in their states and believe that wolves should continue to be federally protected until they are fully recovered.

A similar poll in Arizona and New Mexico—where only about 75 Mexican gray wolves remain—found that citizens there also strongly support wolves—and the restoration of wolves into the Grand Canyon ecoregion and northern New Mexico.

Instead, FWS is considering keeping wolves boxed into an area, which does not include the most suitable habitats and where any wolves that venture outside arbitrary lines will be trapped and returned.

“Our primary hope now is that the U.S. Fish and Wildlife Service will listen to the millions of wolf supporters who want to see wolves fully recovered in their states. Sadly, the administration has been turning a deaf ear so far to the many voices asking it not to abandon America’s wolves," says Suzanne Stone, Defenders’ Northern Rockies representative.