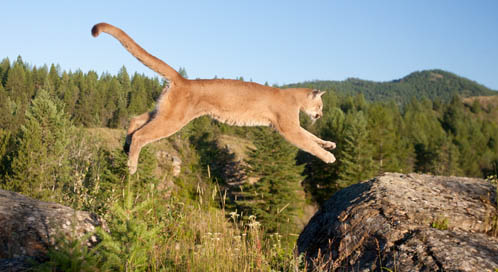 In a move that will save thousands of wild animals, including endangered species, the U.S. Environmental Protection Agency (EPA) in May called for the removal of a common and highly toxic rat poison from hardware and home improvement store shelves across the nation by the end of the year.

The agreement with Reckitt Benckiser, maker of the rodenticide d-Con, brings to an end a long-

The rodenticide battle dates to 1998 when the EPA initially proposed steps to protect wildlife, pets and children from accidental ingestion of rat poisons. The industry opposed the new regulations, and the EPA tried and failed to regulate them again in 2008 and 2013, when Defenders stepped in to support the agency’s case. “It was very clear when the manufacturer demanded an administrative hearing to challenge a commonsense precaution—to mandate tamper-resistant packaging on extremely toxic rat poisons—that the company was determined to bully the EPA into allowing the sale of a dangerous substance,” says Senatore. “This not only threatened children, but caused potential harm to pets and native wildlife.”

California banned the selling of d-Con in July, ahead of the nationwide ban. The rodenticide was implicated in the deaths of 25 different wild animal species, including hawks, mountain lions, endangered San Joaquin kit foxes and northern spotted owls, as well as numerous cats and dogs.

A slow-acting anticoagulant, d-Con interferes with blood-clotting and causes uncontrollable internal bleeding and eventual death. Predators ingest this poison when they consume rats and mice that have eaten it—often over several days. The toxins accumulate in their tissues at many times the lethal dose.

A California Department of Fish and Wildlife study found that of the nearly 500 wild animals tested between 1995 and 2011, 70 percent had anticoagulants in their system. Species included bobcats, eagles, foxes, hawks, mountain lions and owls.

“Elimination of d-Con is a huge win for wildlife, people and pets. Defenders will continue to watchdog the issue to hold Reckitt Benckiser accountable and make sure the company follows through with its agreement,” says Senatore.